Baking Industry Has A Taste Fo.. 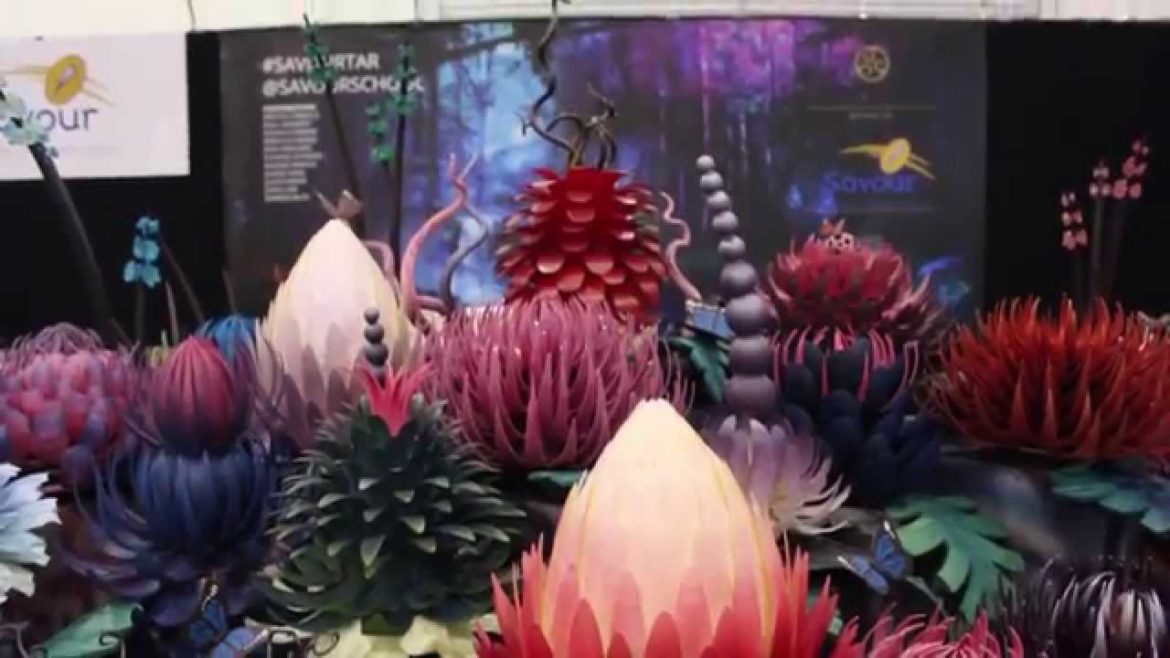 The school’s director Kirsten Tibballs, along with pastry chef Paul Kennedy and a team of Savour volunteers, started the painstaking flower making process six months ago, completing the bouquet at the Cake, Bake & Sweets show.

Each individual chocolate flower, twig and butterfly was weighed individually by an official adjudicator from a Guinness weights and measures company, with Kirsten saying no two were the same.

“There were 13 flowers and each started with a solid chocolate sphere or egg. Individual petals were created by placing tempered chocolate shaped petals on baking paper and curving them before they set,” Kirsten said.

“Once set they were individually adhered with chocolate to the base. Then the finished flower was sprayed with coloured chocolate.

Savour will now send off all the documentation and await a result from Guinness. The main requirement to achieve the record was for the flower bouquet to exceed 100kg in total weight, which was more than surpassed.

Kirsten talks about her experience breaking this record on page 26.