Good Things Come In Threes For.. 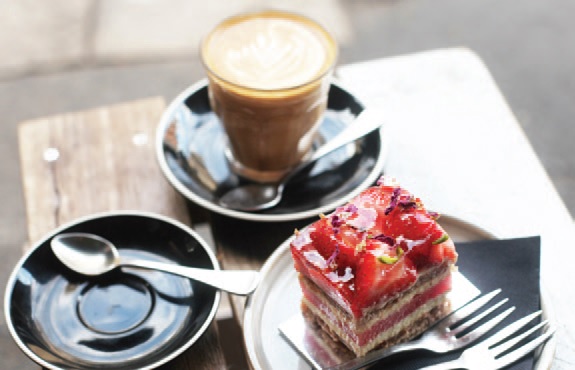 The bakery-café, which quietly opened in December, saw owner Christopher Thé take over a 100-seat space on the museum’s third level, as well as a beach-themed kiosk.

Christopher said he plans to open a rooftop bar area and an upstairs kitchen area where chefs can trial new recipes. It’s hoped the new venture will reignite interest in the Powerhouse Museum and its surrounds, including the Darling Harbour redevelopment.

The bakery-café will offer grab-and-go items such as quiches and pies, as well as an all-day menu, which will be overseen by chef Matteo Margiotta and feature the brand’s famous lamb shank pie and strawberry watermelon cake.

Despite being under Stage Three lockdown restrictions, hundreds queued in Melbourne for a taste of a new cult favourite—the Moon Cruller.

After the success of its pop up bakery, the owners of Agnes are taking the bakery to the next level, finding a permanent home in the Valley.

Local mum, Jaclin Parkinson, decided to head back to school to upskill, ready to take on the Victorian TAFE Patisserie Challenge.

@agnes.restaurant had such success with its pop up
Hey Western Australia and Queensland! 👋🏼Look

Since enrolling in her course, 52-year-old Jaclin

This cake takes the flavour from the whole pineapp

@dulcetsweets this Shokupan looks incredible! Some

So happy for @brezelgermanbakery 🥨 If you’re