Gelato Messina and eBay get ev..

Manly bakery 'rolls' out the b.. 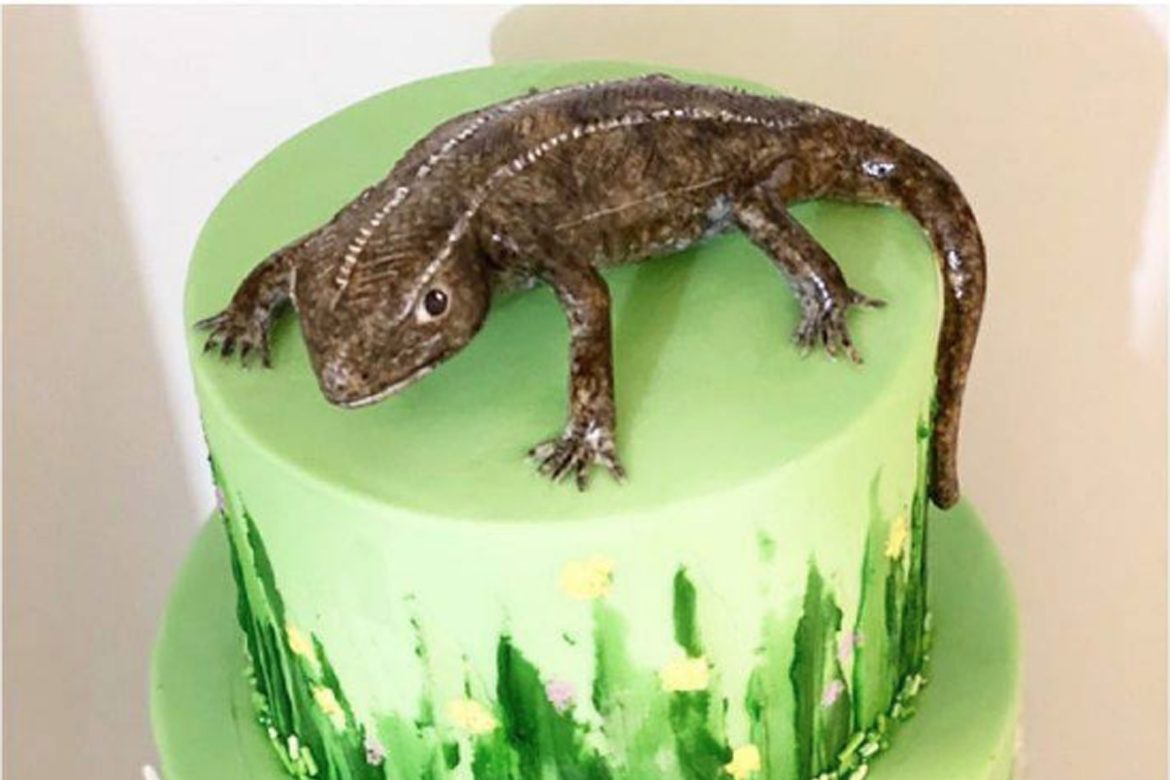 The winning entry was this Grassland Earless Dragon: 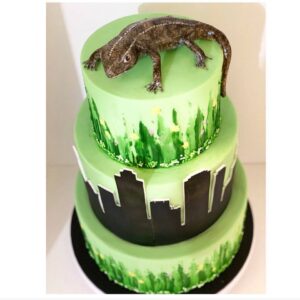 “And the winner for this year’s Open Category of the Threatened Species Bake Off for 2020 is… Elaine with her Grassland Earless Dragon (Tympanocryptis pinguicolla) masterpiece! It was certainly a tough choice this year with a record number of entries, but we were blown away by Elaine’s stunning creation and the story behind it,” the Threatened Species Commissioner wrote on her Facebook page.

“We loved how Elaine’s entry perfectly captured this year’s theme of ‘What’s in Your Backyard?’ by highlighting both the threatened species and its major threats – the contraction of native grasslands due to urban development and agriculture, in addition to weeds, fire, droughts and predation by feral animals. Elaine’s cake was an unlikely collaboration, between herself, the cake baker, and her ecologist brother, Ray Lloyd. The #TSBakeOff brought these siblings together to share their passions and raise awareness of one of Australia’s reptilian threatened species.

“Congratulation to Elaine and all the other entrants for this year’s Bake Off! We had such a hard time picking a winner, so stay tuned for tomorrow’s post where we will highlight some of our special mentions!”

Head to the Commissioner’s Facebook Page to check out some amazing creations.

AFIS' neutral piping jelly is an incredibly useful product for the cake decorator, being clear and with a sweet yet neutral flavour.

The VHS120 Bakery Vacuum from Nilfisk is a purpose built, high temperature vacuum that enables cleaning between batches.

This tempering machine stands out in market due to its new patented system allowing for the removal of the tempering screw pump in minutes.

Australian crops would be threatened by a wheat rust outbreak but a new CSIRO technology has been developed to enhance wheat rust resistance.

A baker's horrifyingly realistic cake, depicting a man in a hospital bed with his limbs chopped up, has shocked the internet.

One company has come up with a new COVID test for food packaging and environmental surfaces, aiming to reduce risk of illness and closures.

File under ‘things that feel illegal’. Via @ch

@yuzibake I’m the kind of monster who would swip

Why am I surprised to see Easter stuff on Instagra

Look, it has been a WEEK. But it’s nothing a hot

😫 we’ve all been Zucked today!

It has been one of those days, and I would kill fo