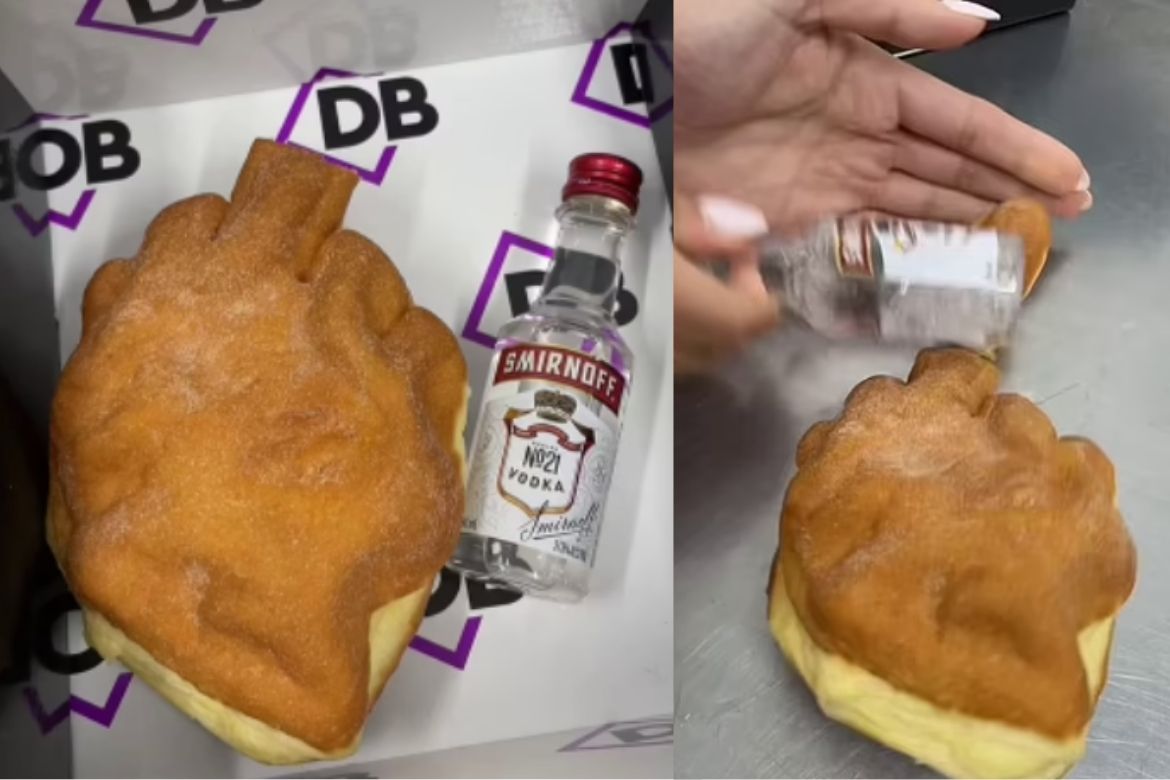 An Aussie bakery has received a barrage of abuse, including death threats over a celeb gift box they sent out, with many commenters saying it was in poor taste.

Sydney-based Dessert Boxes posted on TikTok a video of a box they made to send to Amber Heard, who is currently battling her ex, Johnny Depp in court in a defamation case over her allegations of abuse during their relationship.

The box contained a doughnut shaped like a hand with a severed finger and a bottle of vodka—a reference to Depp’s accusation that Heard threw a vodka bottle at him during a fight, severing the tip of his finger.

“We’re sending Amber Heard a box,” the video was captioned. “Do you think she’ll like it?”

“We’ll cut off the finger with a vodka bottle, throw that in for her, too,” an unseen person said in the video, which has amassed hundreds of thousands of views since it was posted. It also had hashtags including ‘#justiceforjohnny’ and ‘funny’.

However, many viewers did not find the prank funny at all, and it was met with a barrage of angry comments calling the prank ‘tone deaf’ and ‘sick’.

“This is disgusting. I hope they shut your store down,” one commenter said.

“Taunting a rape victim huh. You’re like 60, use what energy you do have in writing out your will, sweetie,” another wrote.

Other comments included, “This joke is about as tasteless as that dessert looks” and, “POV: how to go out of business”.

The Daily Mail reports the bakery’s marketing team has doubled down on their stance, saying the are “team Johnny” and will not remove the video.

“A lot of people were against it and were very, very upset about it. We’ve received death threats and a lot of emails,” Dessert Boxes marketing rep Mansour Shukoor said.

“We post what’s in line with our company’s morals and ethics – we posted it because its something we believe in.”

The KitKat team has made a significant break in its packaging, announcing its four finger chocolate bar is now wrapped using 30 per cent recycled plastic.

Queensland-based boulangerie and patisserie Le Bon Choix is set to open its ninth store, and has sights set on international expansion.

Following its Annual Wage Review 2021-22, the Fair Work Commission (FWC) has announced the National Minimum Wage will increase by 5.2 per cent.

Yuzu Gin and Tonic lamingtons...to go with the Mim

@deliciousaus... this cream ratio is 🔥

@topdupdonuts it's hip to be square 😉

Can never scroll past an @supermoonbakehouse cross