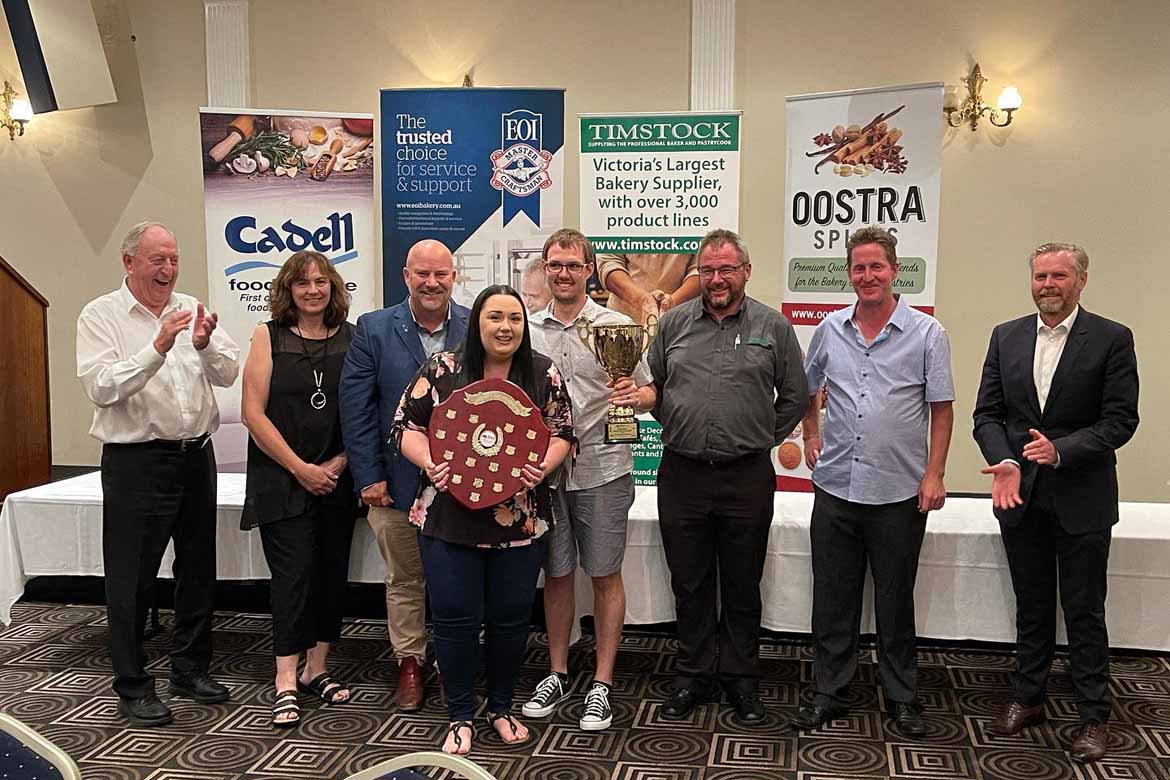 Once again the Australia’s Best Hot Cross Bun competition has just squeezed through COVID-19 restrictions, with the 2021 winner revealed in Shepparton over the weekend.

Last year the competition, held in conjunction with the Victorian Baking Show, was one of the last industry events to take place before COVID-19 restrictions came into force, and this year it again only just managed to go ahead after a snap Victorian lockdown was enforced.

North End Bakehouse – a Shepparton local – took out the top prize of Australia’s Best Hot Cross Bun as well as multiple other awards in the Baking Show.

Co-owner of North End Bakehouse Shekiah Aylett said it was good to be able to watch the judging taking place at the show this year.

“It was really good to see what they look out for and their comments on each item,” she said.

As for what makes their hot cross buns the best, Shekiah said she believes the secret is simplicity.

“A lot of people use similar things but we just try to keep it nice and simple and I think that’s what got us across the line,” she said.

“The smell is one of the big things the judges really enjoyed. Before it’s even heated up or anything they have a nice strong smell just as they are.”

As well as the original hot cross bun, North End Bakehouse also took out first and second places in the Innovative Hot Cross Bun category. Coming in first was their Vegemite Hot Cross Bun, which Shekiah described as being “like Vegemite on toast.”

“I think it stunned the judges a little bit – I don’t think they were expecting to enjoy it as much as they did!

Second place was our Vanilla Slice Hot Cross Bun, which we ended up getting first for at the Victorian Baking Show last year, so it was good that that one was up there again this year.”

While their actual vanilla slice came second at the Victorian Baking Show this year, Shekiah said they have high hopes of it getting the top gong at the Great Vanilla Slice Triumph.

The Brisbane Showgrounds became a cake gallery in May as the ACADA & International Cake Show Australia (ICSA) took place once again.

In a tight competition, Queensland baker Chloe Murray has won the LA Judge Award for Baking Apprentice of the Year.