Toowoomba Cupcake Worth Its We.. 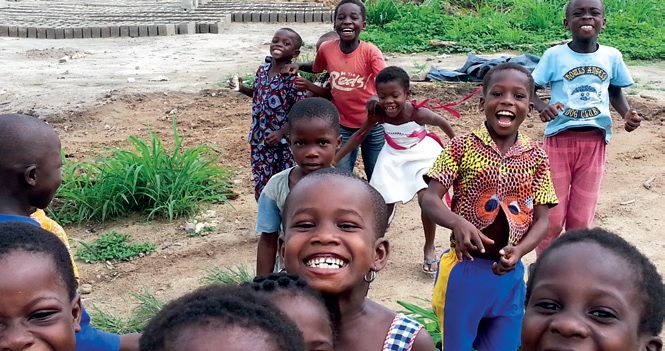 International chocolate brands Barry Callebaut and The Hershey Company have announced the completion of a primary school, community and farmer training centre in Côte d’Ivoire [The Ivory Coast], in West Africa.

Both companies source cocoa from farms in Côte d’Ivoire and are keen to provide on-going support to the region’s communities.

Around 150 primary school-aged children from 24 nearby villages are already enrolled in the new Abokro school.

The rural regions of Côte d’Ivoire suffer from a lack of modern infrastructure and technology, with F Mayer/Callebaut sales and marketing manager Gary Willis stating the development will give students access to a range of new educational opportunities.

“The school includes three furnished classrooms equipped with solar-powered lighting fixtures, a solar-powered water well, an infirmary, a school canteen at which subsidised meals will be offered, as well as housing for professional teachers and medical staff,” he said.

“Barry Callebaut has previously constructed a medical facility in Goh and the company processes large volumes of cocoa at its nearby San Pedro facility.”

The school committee will include representatives of the Cooperative Agricole de Glibeadji (COOPAGLI), a cocoa-growing co-operative consisting of nearly 900 farmers that work with unions to improve the income and livelihoods of cocoa farmers.

“The project integrates agricultural training, which gives farmers the knowledge to increase crops yields and income and it provides access to education, water and basic healthcare, which improves the livelihoods of farmers and their families,” he said.

@sourdoughcrumpetco I salute those hardworking bee

Imagine being dedicated to your career enough to g