Celebrate Mardi Gras with a Go..

When Bread + Butter is literally your bread and bu...

When Bread + Butter is literally your bread and butter 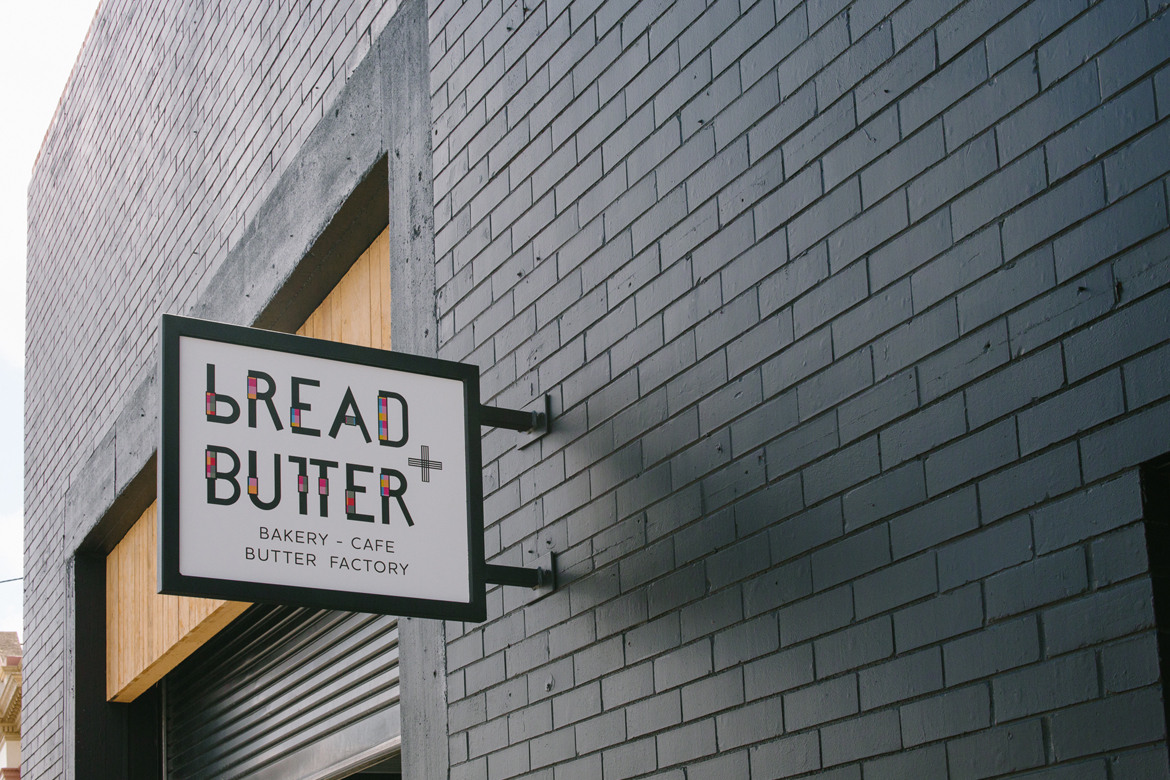 Olivia and Rob Morrison identified a hole in the market for the very basics, and their business has bloomed since.

For Olivia and Rob Morrison, days spent churning butter and managing a growing bakery and café in the heart of Launceston is about as far from their former careers in IT as you can get. In fact, neither had had any previous experience in baking, hospitality or, indeed, making butter.

But the husband and wife team at the helm of Bread + Butter recognised a gap in the market—specifically for real cultured butter and fresh bread everyday—so they jumped on it and never looked back, beginning with the butter factory five years ago.

“We did a lot of travel, and we both obviously really love food and being in Launceston we saw a big hole in the market, especially with not being able to buy really good bread every day of the week,” Olivia said.

“Our mantra is to have good butter available, and also to have fresh bread 365 days a year.

“We originally started with Tasmanian Butter Company, which is our cultured butter making business, and that’s currently located at my home in Trevallyn.”

However, they are in the process of moving the butter factory to the warehouse location of the bakery and café, in Cimitiere Street in the Launceston CBD. Such a large space wasn’t originally on the cards, but the opportunity leapt out and they opened the bakery in October, 2018.

“We were looking for a new site for our butter factory in Launceston, and we were scoping out areas with the intention of just having like a hole-in-the-wall where you can buy bread and butter at the same spot, and we found this big warehouse,” Olivia said.

“It’s sort of central, close to the Harvest market on Saturday mornings, and it was a huge space so we thought that we’d take the jump and build an operational bakery and have the space to put our butter factory in there at the same time.”

Despite the CBD location, the warehouse-bakery has a modern, industrial vibe. 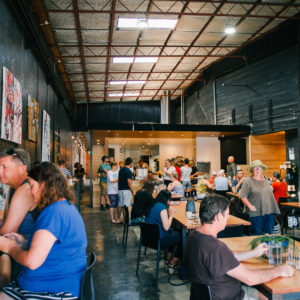 “It was previously a motorcycle shop before we moved in,” she said.

Felix of Blackman Creative developed the branding suite and interior design for Bread+Butter.

Each letter is handmade and assembled uniquely, with the nine coloured geometrics generative of the desire to express an ongoing, unique fingerprint to each communication.

The business appears to have come full circle as coincidentally, the Harvest Market; just a couple of doors down from Bread + Butter is where Olivia started out selling her handmade cultured butter.

Although they no longer sell the butter at the markets, they do supply a grocer, several local Tasmanian restaurants as well as a couple on the Mornington Peninsular, and hope to supply more once the factory is up and running on the larger premises.

However, it is actually the bakery that uses up the majority of the butter Olivia and her team makes in their popular croissants. It also produces a modest amount of naturally leavened bread—Olivia emphasises that nothing is added to it—as well other various sweet and savoury pastries, baked fresh daily.

“Because we produce such a small amount of butter—120kg per week—we use most of that in our bakery and sell a small portion of it retail as well, so we exclusively use our butter in the things we make, and also the by-product which is buttermilk.”

They also make a “Sunday Loaf”, which originates from the fact that in New Zealand during the 1960s bakeries only produced bread Monday to Friday, creating a high demand on Fridays. In response to this, bakeries started producing a single loaf of bread on Sunday.

Bread + Butter pay homage to this little bit of history by producing a special loaf each Sunday, which is only available on that day.

“Every day we bake around 150 of our table loaves, 100 croissants, 100 baguettes, that sort of thing. It’s not a huge bakery, but it’s manageable,” she said.

And on the topic of not being “huge”, she said the plan is to keep the bakery and butter factory small and focus on the quality of the products being produced, rather than quantity. Attention to detail is important.

“Obviously my main priority is getting the butter factory into the same premises here, and then really focus on lifting the quality of the products that we’re producing,” she said.

“We’re converting to fully naturally leavened pastry as well. So we’re in the midst of really focusing on what we’re doing and making it next level—working out how we can produce a better product.” 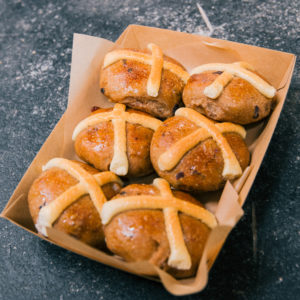 When Olivia says “we”, she’s referring to not only Rob and herself, but a full staff of 41 employees across the butter factory and bakery.

Of course, having the extra hands is essential now that Olivia is at the bakery most mornings, although previously she made every batch of butter herself, by hand.

The Tasmanian Butter Co’s tagline on its website is “Butter: the way it was intended”, so I asked Olivia what this means and got a swift lesson in what cultured butter is and how it’s made—and it’s truly a labour of love.

“A cultured butter is made from cream that’s been ripened with lactic bacteria, which is the only natural way to produce butter that has true butter flavour,” she explained.

“On the farm, traditionally you would milk the cow and the lactic bacteria in the environment would sour the cream over the days it took to collect the cream and churn it into butter.

“We’re making butter the way it used to taste, back in the day—how it used to be before we industrialised the process.

“The cream that we get is pasteurised; we add the lactic bacteria to the cream, mimicking the natural process, and let the cream ripen for 24 hours so it’s producing lactic acid so it’s tangy and it also produces diacetyl, which is the signature flavour that you associate with butter.

“Quite often it’s added into the butter making process to mimic the chemical compound to make it taste more buttery.

“But we’re doing it as a natural process.”

Bread + Butter tries to source local ingredients where possible, and has a rather unique and impressive way of choosing suppliers.

“Obviously the closer the better because it’s fresher and tastier and it’s supporting the local economy; and we have a focus on female producers,” she said.

“So where we can, when we’re looking at purchasing fresh produce and things like that, especially dairy and coffee and everything we bring in, we sort of try and find female producers.”

After talking a lot about Olivia’s role in the business, which is very hands on in terms of making the product, I asked her what he husband, Rob, does.

“Ummm…” she replied, laughing in the way wives do when asked what their husbands do.

“He sort of holds it all together and makes things happen.”

Maxum Foods provides Westgold UHT Whipping Cream, which is suitable for a wide range of product, culinary and industrial applications.

Glad is pleased to announce the launch of the Glad to be Green Compostable Bake Paper, a sustainably sourced compostable brown bake paper.

Trent and Liz Challenger have had their fair share of challenges, from living in a caravan with two small children to multiple floods.

Plans to open a sandwich shop in Melbourne’s bustling CBD were derailed in 2020, but after baking on the fly, Flywheel Bakery is even better.

From a suburban Perth garage to the shelves, Eco Bread's story is as incredible as other humble company beginnings like Amazon and Facebook.

INSTAGRAM
Haven't been this invested in a sprinkle saga sinc

Just love those tropical flavours at this time of

@markdanielspatisserie my mouth is literally water

@brightons.best.bakehouse cleaned up at the Tassie
More mushroom content—but these are actually mer

Okay, mushrooms are pretty magical (no not those o

@mooncruller, this is the only kind of swimming I'

Sad I can't get these in Brisbane, but the dress I